One priority goal of the Flagship is that associated Organizations actively support and provide direct guidance to the effort as Members of the Steering Committee. 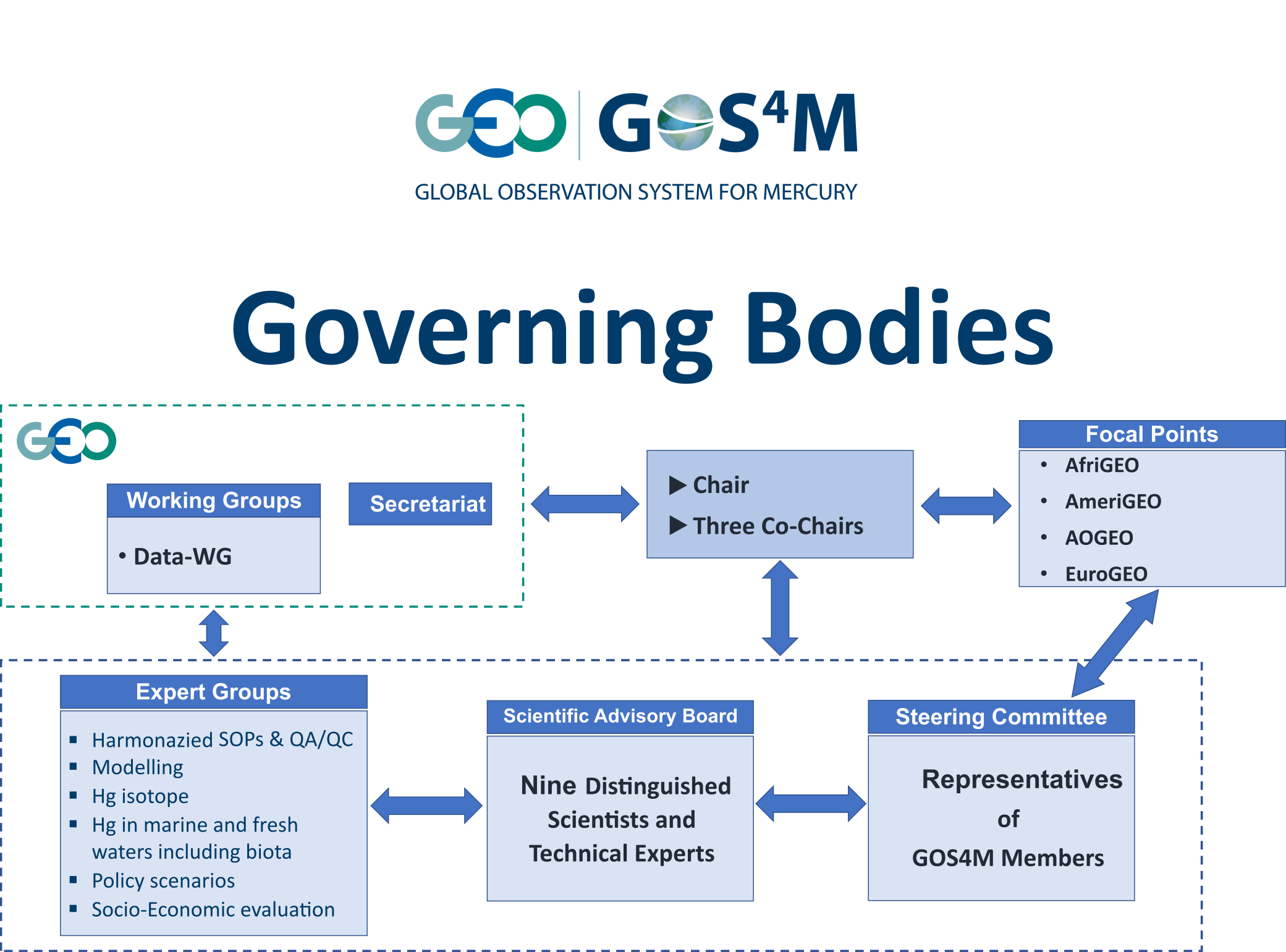 In order to ensure close cooperation between the GOS4M activities and the Regional GEOs, members of the GOS4M community will be identified, appointed and serve as liaisons (or Focal Points, FP) to the Regional GEOs. Their role is to facilitate communications, information and knowledge sharing, and identifying regional priorities or needs for the GOS4M SC to consider. They would also advocate for GOS4M within the region. The GOS4M Steering Committee will establish Focal Points (FPs) for each Regional GEO. The FPs members will also link GOS4M and Regional GEO activities by facilitating the exchange of knowledge between the two groups to help inform and develop regional policy needs that can be implemented into the GOS4M Knowledge Hub as part of the overall GEO Knowledge Hub.

The FPs established for each Regional GEO will serve as the primary contact of the SC with regional end-users, policy makers and national stakeholders with respect to the implementation of the MCM and other related multilateral environmental agreements.

The Scientific Advisory Board (SAB) is a subsidiary body composed of distinguished scientists and technical experts covering different domains of fundamental and policy-oriented research. The SAB is established to advise the Steering Committee on matters relating to current and future mercury science and technology information.

The SAB is composed of nine (9) distinguished well recognised experts covering one or more mercury research and policy domains who have provided a significant contribution to advancement of science and environmental policy related to global mercury pollution issues including human health.

The SAB is expected to provide an independent scientific and technical guidance and advice to the SC, including providing input and review various scientific materials and products developed by GOS4M before distribution to the public domain, and other activities that the SC may identify. The SAB members may be asked by the SC to provide an input to the revision of the Implementation Plan of GOS4M.

The SAB can establish an Expert Group (EG) to cover expertise not available among its members. The EG would comprise well known experts on emerging topics that might be relevant for the GOS4M activities.

The Steering Committee (SC) will: